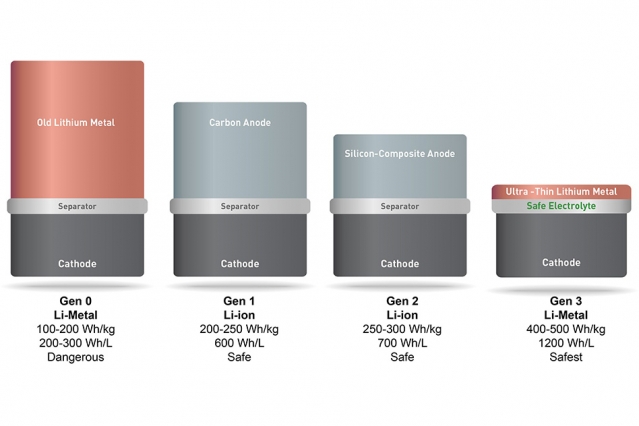 One of the most significant issues modern smartphones suffer from is poor battery life, though it looks like that could soon change thanks to an innovative technological step forward in the power source space.

A new form of lithium batteries, called lithium metal, developed by Massachusetts Institute of Technology spin-off company SolidEnergy, is reportedly able to pack the same amount of energy as a normal lithium-ion power source, but is only half the size.

“Or, we can make a battery the same size as a lithium ion battery, but now it will last twice as long,” said SolidEnergy CEO Qichao Hu in an interview with MIT News.

While researchers have reportedly been working on batteries that utilize lithium metal for years, a major road block has always been increasing resistance to “dendrite” filaments that form on anodes, resulting in batteries short-circuiting and heating up. The key to cracking the problem turned out to be a thin lithium foil anode, according to MIT News.

However, for this tech to actually work, the battery needed to be heated up to 175 degrees Fahrenheit. To solve this problem, researchers developed a solid electrolyte coating for the lithium metal foil that functions at room temperature.

If this all sounds ridiculously complicated, you’re not alone. The main takeaway from this news is that if smartphone manufacturers license the new power source tech and begin implementing it in their devices, phone batteries could start lasting significantly longer. The new tech could also significantly impact the electric vehicle industry as well.